Five things everyone should know about HIV

We count down the top five things that everybody should know about HIV - from AIDS, to testing, to symptoms, to treatment. 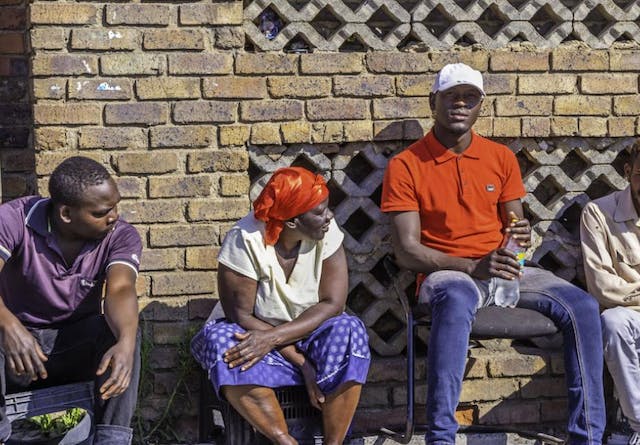 If you think of AIDS, connotations of wasting and death may well come to mind. But HIV and AIDS are not the same thing, and the reality is that millions of people around the world are living with HIV positively and healthily.

Historically, ‘AIDS’ was a catch-all term for a number of medical conditions associated with what was then an unknown virus. AIDS is still used as a medical term for a specific bunch of illnesses that you get if your immune system collapses as a result of HIV – but thanks to effective treatment, it is less and less common for HIV to damage someone’s immune system to the point that these illnesses occur. Some, including the World Health Organization, have actually scrapped the term ‘AIDS’ altogether, instead referring to ‘clinical stage 4’.

But why does it matter? It’s just terminology.

The negative imagery associated with AIDS has been really unhelpful in getting people to come forward to test for HIV. Being HIV positive today doesn’t look like the horrible AIDS deaths that have been so heavily imprinted in our minds. With treatment, HIV is now a manageable, long-term condition. AIDS is no longer a reality for the large majority of people living with HIV.

Being HIV positive today doesn’t look like the horrible AIDS deaths that have been so heavily imprinted in our minds.

2. HIV is not as hardy as you think

Despite its awful ability to wreak havoc on our immune systems, HIV is actually not as resilient as you think.

First, HIV can only be transmitted by certain bodily fluids. In order to cause infection, these need to reach the blood through skin breaks or cuts, a mucous membrane – such as the lining of the vagina or the mouth - or direct injection into the bloodstream.

It fairs pretty badly outside the body too, dying almost instantly. You can’t be infected by touching cutlery, toilet seats or kissing someone – so get smooching.

It also can’t wiggle its way through a condom – as long as the condom is used properly.

... And don’t forget about treatment! With existing treatments available, we can stop HIV replicating inside the body.

3. Life-expectancy is near normal with treatment

In 1996, thanks to the advent of what is known as ‘highly active antiretroviral treatment’ (HAART), people who were able to access it saw their health improve dramatically – almost overnight. Scientists found that by combining at least three types of antiretroviral drugs, HIV-associated deaths declined by 60% to 80%.

People who receive treatment and take it as prescribed have a good chance of living a long and healthy life. Even better, if people living with HIV are diagnosed early, before the virus has a chance to hurt the immune system too much, then they have every chance of having a near-normal life expectancy.

4. Some people don’t get any ‘symptoms’

Because of the strong imagery that often accompanies discussion of HIV and AIDS, many think that there are symptoms, or that the virus will progress quickly. Neither are true.

After someone is recently infected with HIV, they may experience symptoms that are flu-like, such as a rash or swollen glands – but not everybody does.

The only way to know if you have HIV is to get tested.

In fact, the large majority of people don’t notice that anything is wrong with them in these early stages. It is not uncommon for people to live with HIV for up to ten years without realising they are carrying the virus.

That’s why it is always important to have regular HIV tests if you are sexually active, or after unprotected sex.

5. The only way to know your status is to get tested

It’s actually very simple. If you think you’re at risk of HIV, go and get tested. There is no other way to know and the whole testing process is quick, easy and nearly always free. It will do a lot to put your mind at ease.

You may have heard it before, but it really is always better to know – something that is particularly relevant when we talk about HIV. Early diagnosis and early treatment mean that you can get on with your life - positively.

If you’re negative, then you can also get on with your life without the ‘what if?’

You may have heard it before, but it really is always better to know.

We’ve got lots of information on HIV testing to help you through the process.

How HIV infects the body

What are HIV and AIDS?

Still can't find what you're looking for?